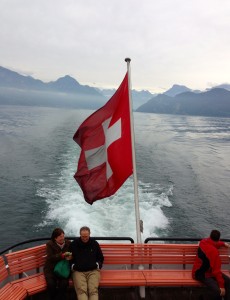 “There are two kinds of travelers,” announced Jurg Schmid of Switzerland Tourism to a packed house of over 600 international delegates who convened in Lucerne, Switzerland for the annual Adventure Travel World Summit. “There are those who want to forget, to leave everything behind and go away and do nothing”, he explained, “and those who want to remember, to engage and be active and learn about the places where they are traveling.”

Engage and be active. Yep. That basically sums up the essence of this gathering of adventure folks, who came from 55 countries to meet up in this picturesque city in the German-speaking part of Switzerland. The 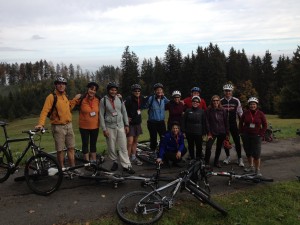 During my four day visit, there were some things I expected to see and experience, and others that came as a bit of a surprise. I knew I’d be spending my first day on a mountain bike, and the ride on Mt. Pilatus was challenging, but worth the effort for the views alone. Our guides from Baumeler Travel were clearly proud not only of the vistas, but also of the 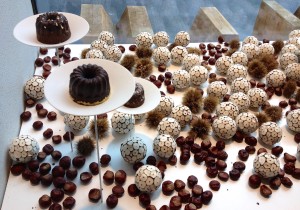 hiking and biking trail system that stretches across their country. Looking out through the wispy clouds to the lake below was reason enough to stop and inhale some extra doses of alpine air.

In advance of the trip, I was fully aware that Lucerne would provide me with a frenzy of fine chocolate. I took one savvy chocolate lover’s advice and bought a bunch of bars in a local supermarket, and saved up some Swiss francs for the intensity of the freshly made truffles at Max’s Chocolatier, known as one of Switzerland’s best. (Yes, they were worth it.) 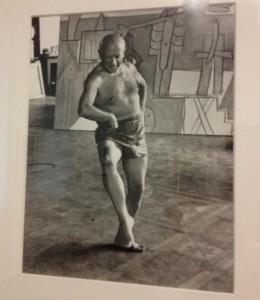 During one afternoon, I snuck out to visit the Rosengart Museum, a historic building filled with three floors of work by Picasso, Paul Klee and twenty-one other modern artists. The collection belonged entirely to father-and-daughter Siegfried and Angela Rosengart, and also includes a number of photographs of Picasso taken by photojournalist David Douglas Duncan. My favorite candid featured the artist practicing ballet moves in his studio, with one of his masterpieces set just behind him.

Physically, Lucerne is an interesting dichotomy. It’s a mix of a small urban center with the richness of surrounding nature. And it strives to blend the contemporary – with its prominent KKL building, the culture and convention center designed by French architect Jean Nouvel – with 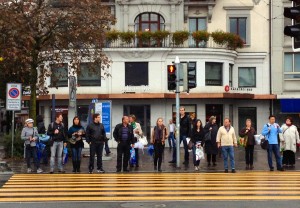 Lucerne is filled with tourists, but it is clearly the natives that lead the traffic patterns. On the many occasions when I walked back and forth between the KKL – home base of the conference – and my hotel near the Old Town, there was something I couldn’t help but notice. Swiss people not only stick to the accuracy of time, but they also stick strictly to the rules of traffic signs (unlike, for example, those of us in the NY metropolitan area).

At every crosswalk, I found myself surrounded by people who wouldn’t budge when the little red man was illuminated, despite an absence of any vehicles. Not even one in sight.

So yes, Mr. Schmid, while in Lucerne I engaged and was active. I savored the local treats and learned that the Swiss don’t cross the road until the red man turns green. Above all, however, I will remember the glistening lake in the early morning and how it casts a spell on the people who stroll by.