How Do We Move Forward after Losing the People We Love?

Caring for ourselves and holding onto memories may hold the key. 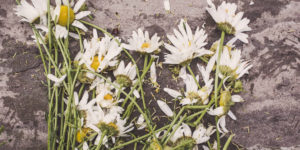 It is not the strongest of the species that survives, nor the most intelligent that survives. It is the one that is most adaptable to change. –Charles Darwin.

In 1938, Harvard University began a longitudinal project called the Grant study. Since then, for nearly 80 years, the study has followed and measured 268 undergraduates and their direct descendants in an effort to determine what factors contribute most strongly to human flourishing. George Vaillant, who oversaw the study for three decades, said: “The seventy-five years and twenty million dollars expended on the Grant Study point … to a straightforward five-word conclusion: ‘Happiness is love. Full stop.’”

So we know from this study, and additional research, that the number one predictor of happiness is the quality time we spend with people we care about and who care about us. That deep connections are necessary, and that, according to the Harvard study, if not found in a mother or father, good sibling relationships—among others—appear to be especially powerful.

So what happens when those people, those deep connections, are no longer physically here. How do we move forward without our loved ones?

Last April, I lost my 55-year-old brother and only sibling, following a fatal accident. Four months later, at the end of August, my mother passed away at the age of 83. My father died 11 years ago. I have, thus, been stripped of the people, who—despite the complications of aging parents and a complex family—were a key component of my flourishing.

← Nature + Nurture: Travels in Chile When Silence is Playful →