Walk into the Real “Downton Abbey” 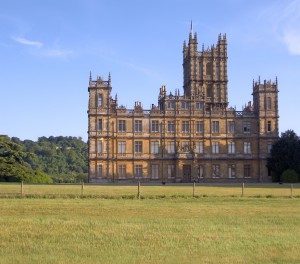 This January, the PBS hit series “Downton Abbey” begins it’s third season, and I can’t wait to see what happens to the Grantham family upstairs (will Lady Mary and Matthew make it to the altar?) and their Downton staff downstairs (does footman Bates’ murder conviction get turned?). And to see Shirley MacLaine join the cast and go head to head with Maggie Smith’s Lady Violet – what a treat.

For those who’d like to have a Downton Abbey adventure (offscreen) of their own, there’s now a way to do so with The Wayfarers, a UK-based travel outfitter that specializes in unique walking vacations. Amble into the glittering world of the Granthams on The Wayfarers’ new journey, “Downton Abbey, Castle Combe & Avebury Circle”, beginning July 2013 – it includes a private tour of Highclere Castle and a chance to stroll in those magnificent gardens. (“Group tickets to visit Highclere are sold our for 2012, making a Wayfarers private tour a rare opportunity”, reads the company press release.) The itinerary also offers Bronte enthusiasts an opportunity to retrace the footsteps of England’s most profound novelists, as well as a visit to Marlborough College, alma mater of the Duchess of Cambridge (aka Kate Middleton).

Interested in some of the trip’s details, I asked Philippa Besant, the Wayfarers’ walk leader, a few questions.

Embark: Was it easy to get access to HighClere castle, home to the fictional Grantham family? Is that where they actually film the series?

Philippa Besant: No it was not easy to get access to Highclere Castle. There has been enormous interest in the castle with the success of the television program and The Wayfarers need to be organized far further ahead than the castle would normally plan. In addition, the relatively small Wayfarers groups (max 16) does not fall into the normal venue group size. However, we have found Emma Westacott, the visitor operations assistant at Highclere to be very understanding and helpful.

On the Wayfarers trip, are there any tidbits of information about the “Downton Abbey” show that guests will learn? If so, can you give me an example or two?

A titbit that I will share is that Julian Fellowes, the show’s writer, has said that he definitely will not allow the Dowager Countess (Maggie Smith) to die. If she decides that she would like to leave the series then Julian will simply have her move somewhere 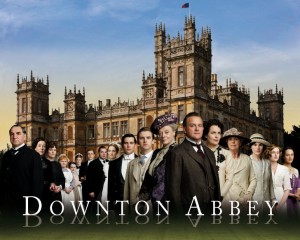 warmer. I also have some details to share surrounding Lady Sybil’s future.

Do you have a favorite room in the house and if so, what is it and why?

My favorite room is the dining room with its beautiful antique table and portrait of Charles I. I love the castle’s Jacobethan grandeur. I frequently take visitors around the Houses of Parliament which, like Highclere, were designed by sir Charles Barry.

On your other stops on this trip, how much of a role does literature play?

Literature will definitely feature on this walk. We follow the very route that inspired Keats’ to write “Ode to Autumn” and we will see Jane Austen’s burial place as well as the Hampshire countryside that she so loved. We will also walk around Lacock, whichÂ evokes the Harry Potter books as well as “War Horse”.

Named by National Geographic Traveler as one of the “50 Tours of a Lifetime”, The Wayfarers’ destinations also include walking trips in Argentina, France, Germany, and the Czech Republic, among others. Wayfarers is also a part of the Trusted Adventures Alliance, an alliance of seven independently owned tour operators who enliven the travel experience with adventure while sharing values of responsible tourism. Other TAA members include American Safari Cruises, InnerSea Discoveries, Ciclismo Classico, ROW Adventures, Wildland Adventures, Western River Expeditions, Austin-Lehman Adventures, Myths and Mountains, and Great Alaska.